How can you quickly obtain information that is as comprehensive as possible? The press correspondents of parliament raised that question, and in autumn 1949 they founded the Bundespressekonferenz (BPK; Federal Press Conference) in response. 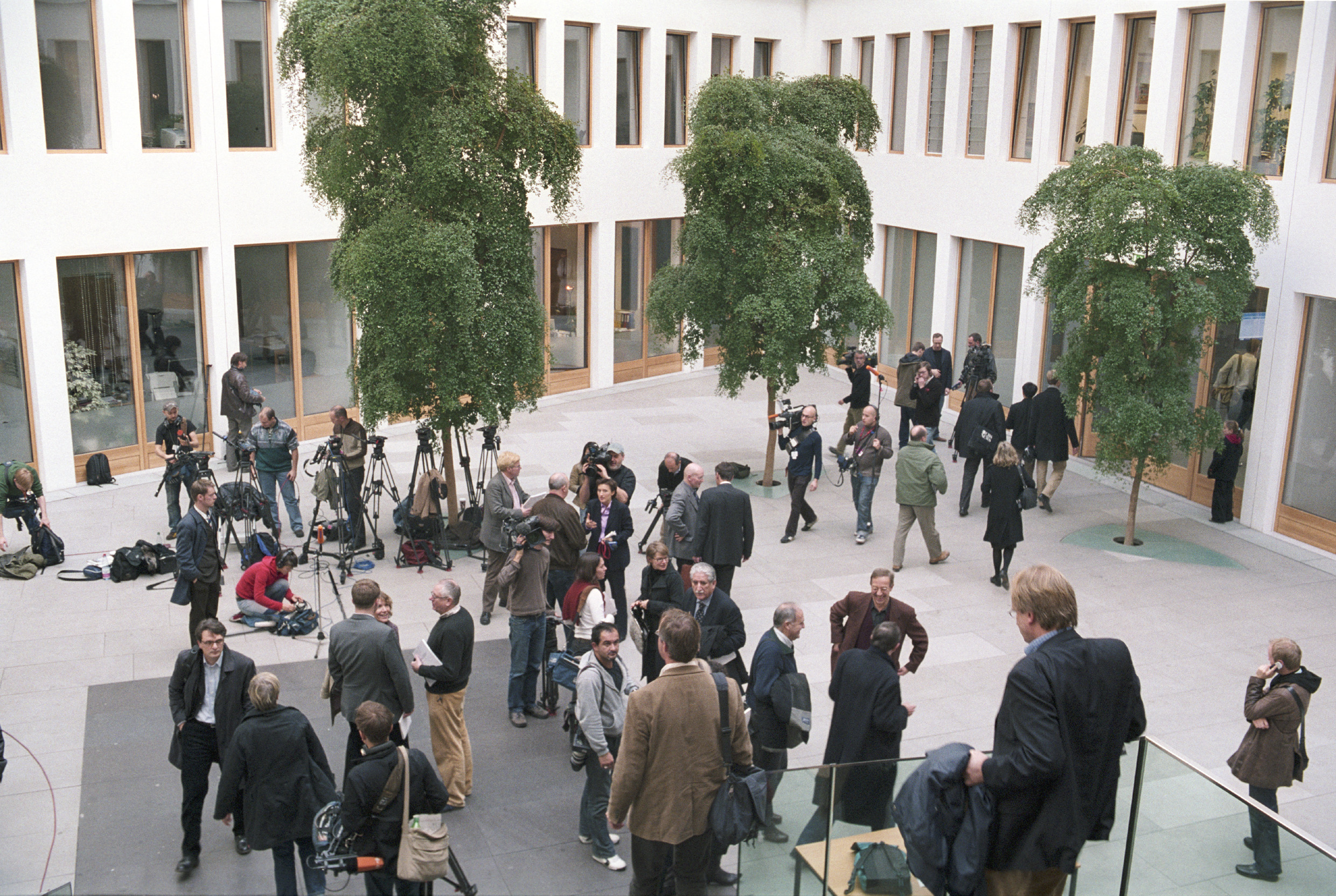 Its aim is to organise press conferences with leading representatives from politics, economics, and culture.

History of the Federal Press Conference »